South Florida Muslim Leaders joined leaders and representatives from other faith communities at ‘Faith and Blue – Building Bridges To More Inclusive Communities’ last weekend. The event was hosted by BSO Sheriff Gregory Tony as part of the departments efforts to remove biases through resolution and reconciliation.

Imam IFSF Mufti Sultan Mohiuddin, South Florida Muslim Federation  Operations Manager Gibson Lopez and President Samir Kakli represented the Muslim Community. Special prayers were made by Mufti Sultan, who opened with a verse of Quran (5:32) that explains the importance of saving a life is similar to saving the entire mankind and taking a life is as if the person has killed the entire mankind. He further added that the work of police is similar to what this verse refers to: saving and protecting the lives. Listen to his prayer here:

Below are some of the glimpses from the ceremony: 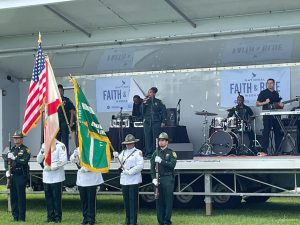 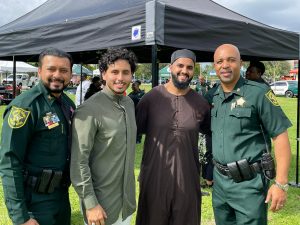 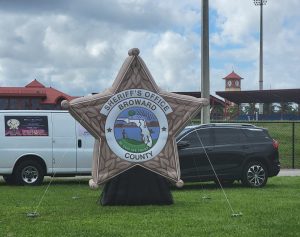