The Day of Arafah

The Day of Arafah

The ninth day of Dhul-Hijjah is the Day of ‘Arafah, since it is on this Day the pilgrims gather at the mountain plain of ‘Arafah, praying and supplicating to their Lord. In fact, one hadith says that ‘Hajj is Arafah’ (Abu Dawud) 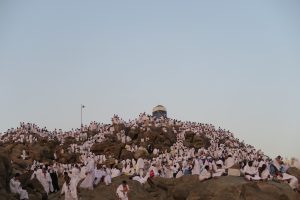 .  This means Arafah is the sum and substance of Hajj.

The day of Arafah is also significant because this amazing ayah was revealed on this day:

“This day I have perfected for you your religion and completed My favor upon you and have approved for you Islam as religion.” (Surah al Maa’idah 5:3)

Arafah was the Day on which Allah perfected His religion, completed His favours upon His beloved Prophet Muhammad (pbuh), and approved Islam as a way of life!

“Imam Ahmad recorded that Tariq bin Shihab said, “A Jewish man said to `Umar bin Al-Khattab, `O Leader of the Believers! There is a verse in your Book, which is read by all of you (Muslims), and had it been revealed to us, we would have taken that day (on which it was revealed) as a day of celebration.’ `Umar bin Al-Khattab asked, `Which is that verse?’ The Jew replied:

“This day I have perfected for you your religion and completed My favor upon you and have approved for you Islam as religion.”

Umar replied, “By Allah! I know when and where this verse was revealed to Allah’s Messenger. It was the evening on the Day of `Arafah on a Friday.” 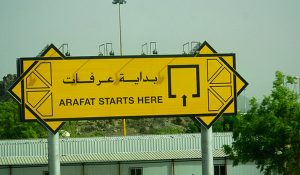 It was reported from Abu Hurayrah (ra) that the Prophet (pbuh) said:

“It expiates the sins of the past year and the coming year.” (Muslim)

“There is no day on which Allaah frees people from the Fire more so than on the day of ‘Arafah. He comes close to those (people standing on ‘Arafah), and then He reveals before His Angels saying, ‘What are these people seeking.” (Muslim)

Things to Do on the Day of Arafah

1. Fasting on the Day of Arafah:

Fasting is highly encouraged and recommended for those not going on hajj.

“Fasting on the Day of Arafah expiates the sins of the past year and the coming year.” (Muslim)

The Prophet Muhammad, peace be upon him, said:

“The most excellent dua is the dua on the Day of Arafah, and the best of what I and the prophets before me have said, is “There is nothing that deserves to be worshiped in truth except Allaah, He is Alone and has no partner, to Him belongs the dominion and to Him belongs all praise, and He is All-Powerful over all things.'” (Muwatta)

Its is a sunnah of our Prophet (pbuh) to recite the Tahleel, Takbeer and Tahmeed as many times as possible on the day of Arafah, and also on the days of Tashreeq (11, 12 and 13th of Dhul Hijjah)

Takbeer is to say “Allahu Akbar”

Tahmeed is to say “Alhamdulillaah”

Tasbeeh is to say “Subhanallaah”.

“On this day, Allah, the most Exalted, descends to the nearest heaven, and He is proud of His servants on the earth and says to those in heavens, look at My servants, they have come from far and near, with hair disheveled and faces covered with dust, to seek my Mercy. Even if their sins are as much the sand or the froth of the sea, I shall forgive them.”