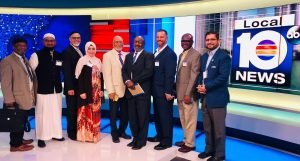 Members of the Federation shard their concerns about their voice being absent in many issues that effect the Muslim community to include the Palestinian/Israeli conflict, negative terms such as Islamic Terrorism, laws that equate criticism of Israel with anti-Semitism, social service contributions from the Muslim community to the greater community, Muslim subject matter experts and normalizing Muslim holidays like Eid, similar to Christmas and other religious holidays that are covered by the media. It is important to note that members of the Federation thanked WPLG for their leadership in their coverage of the Muslim community as they have historically been very inclusive and share various perspectives on their stories they have reported on. 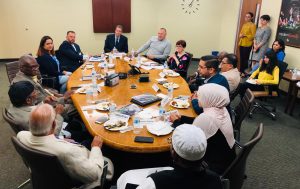 Shehryar Wahid- Board of Directors of the Islamic Foundation of South Florida, said “ This was a great and much needed meeting set up by the Federation. WPLG was very receptive and they had their top management in attendance, which shows they took us seriously and will work with us on our concerns”.

Dr. Mohammed Farouk, Founding Board member of the Islamic School of Miami said “Today’s meeting with WLPG Channel 10 was timely and beneficial for both the Federation (and the organizations represented) and WLPG. We had an opportunity to get to know one another; understand the perspectives of both parties in regard to the coverage of Muslims in South Florida and beyond; establishing contacts with each other to improve communication; educating each other about our work and needs; and overall, strengthening the relationship between the South Florida Muslim community and the media. I commend the Federation for a successful meeting and thank WLPG for their hospitality and outreach to the South Florida community.”

“Channel 10 management and team has risen the bar of Media relations with the Muslim community. It is evident they want to lead in presenting objective and balanced stories including those that highlight our community’s hands on efforts in bringing social justice and providing social services to the community at large”, Says Abdul Rauf Khan- Chief Operating Officer of ICNA Relief USA. 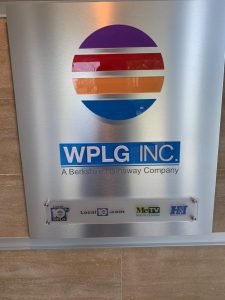 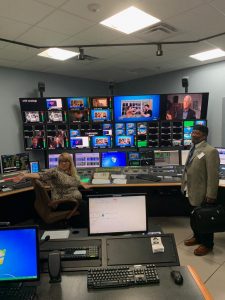 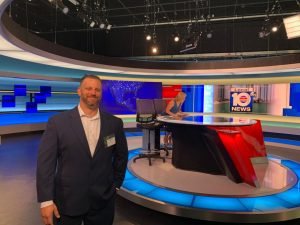 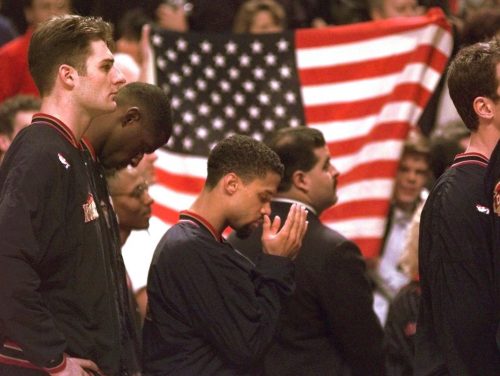 A national anthem protest ruined his NBA career. Now Abdul-Rauf is being honored by LSU.