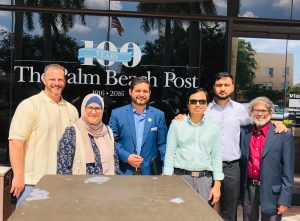 Members of the Federation shard their concerns about their voice being absent in many issues that effect the Muslim community to include the Palestinian/Israeli conflict, negative terms such as Islamic Terrorism, laws that equate criticism of Israel with anti-Semitism and social service contributions from the Muslim community to the greater community. During the meeting, The Palm Beach Post expressed their desire to open lines of communication and start sharing our stories with their readers. 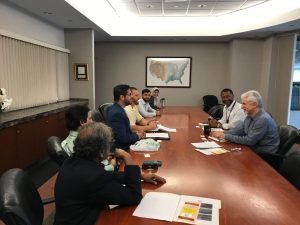 “I appreciated the editor’s willingness to take the time and listen to our perspectives and discuss the Muslim community’s concerns when it comes to the media. I was surprised with how little they knew about our local community and organizations. This reinforced the need for us as Muslims to reach out and make connections and say, we are a part of the American fabric and we have a story to tell”, says  Leila Shatara, President of The Council of Islamic Schools of South Florida.

Ammer Ahmad the South Florida Director for EMGAGE Florida said, “Emgage wants to express our thanks to the South Florida Muslim Federation for reaching out and facilitating the meeting with The Palm Beach Post. These meetings are very important for the Muslim community to open lines of communication, so we can tell our story!”. 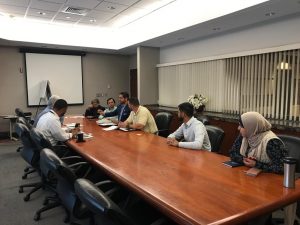