In the June 18 special election for Commission Seat 2, Coral Springs voters are fortunate to get to choose from a strong slate of candidates.

You may be wondering why the city is having another special election, given that it just held a March special election to fill the seat of Mayor Skip Campbell, who died in October.

Seat 2 became vacant after former commissioner Dan Daley opted to run for the state House seat that opened earlier this year when Rep. Jared Moskowitz resigned to become the state’s emergency management director. The timing of Daley’s resignation prevented voters from choosing his successor in March. And the commission decided against appointing a replacement to fill the seat until next year’s election.

At a joint candidate meeting with the Sun Sentinel Editorial Board, Cerra, 47, said his experience as the former principal of J.P. Taravella High School, one of Broward’s largest schools, makes him an ideal fit for commissioner. He said he worked closely with the city’s police and fire departments, the business community, and local government during his tenure at Taravella (2002-2016). If elected, he would seek to improve public and school safety, fix aging infrastructure and create a business-friendly environment. 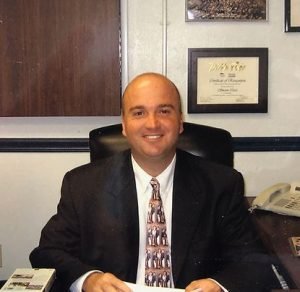 Cerra has raised more than $28,000 for his campaign and has received the endorsements of former Coral Springs vice mayors Maureen Berk and Claudette Bruck, along with the Broward Teachers Union.

But Cerra did not make a confident and compelling case for why he is the best candidate to help steer a city of more than 133,000 residents with an operating budget that tops $200 million. He acknowledged knowing little about the city budget, which means his learning curve would be steep.

Gonzalez Simpson, 56, is making a second run at the same commission seat she lost by 18 points to Daley last November. She again is calling for fiscal responsibility, along with improving public safety and fostering a better business climate. A certified public accountant, she promises to review the budget line by line and find ways to save money without cutting essential city services.

Gonzalez Simpson has grown as a candidate, but still had difficulty articulating a compelling vision for the city. We’d encourage her to seek appointment to a city board, where she could apply her accounting skills while gaining more experience.

Candidate for Commission Seat 2, Coral Springs, 2019. (Handout)
Cipriano, 46, is a former engineer and now a stay-at-home mom. She said she’s “as green as they come” and that she doesn’t “pretend to know every aspect of running a city.” She, too, talked about public safety, and lowering business and property taxes as her top priorities. 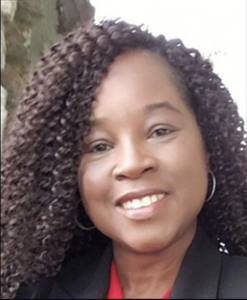 We know little about Camille Wallace, a Broward County administrative officer responsible for developing contracts with organizations that provide county services. A scheduling conflict kept her from attending the joint candidate meeting. And she did not return her candidate questionnaire.

She told Sun Sentinel reporter Lisa Huriash that affordable housing, assisting seniors and helping the disabled were among the issues she wanted to tackle as commissioner.

That brings us to Cutter and Wahid, the strongest candidates in the race, both with longtime ties to the community.

Cutter, 59, has lived in Coral Springs for more than three decades and has been actively involved in the community. He’s been a volunteer police chaplain for four years. He’s co-chaired the Clergy Coalition of Coral Springs and Parkland. He’s also been a member of the Coral Springs Multi-Cultural Advisory Committee since 2004, and is part of the Customer Involved Government Committee and the Coral Springs Regional Chamber.

As the longtime pastor and business manager at New Dawn Community Church — a church with about 125 members — Cutter says he has the skills to manage a budget. He said commissioners need to help small businesses grow by avoiding tax hikes like the one approved in 2017, when the commission raised property taxes by 23 percent.

He views public safety as another top priority and wants to create more affordable housing to keep the suburban city appealing to younger families.

As a candidate, he’s gotten the endorsements of the fire and police unions and the AFL-CIO, and that of former mayor Vince Boccard, and former vice-mayors Lou Cimaglia and Tom Powers. He’s raised nearly $35,000, which includes a $6,000 personal loan to his campaign.

Cutter presents a strong argument for himself, but Wahid, a criminal defense lawyer, makes the best argument for voters to elect him. 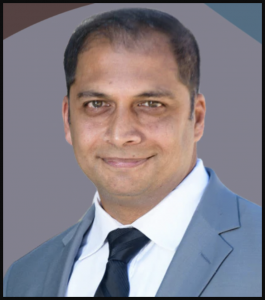 Wahid, 51, first moved to Coral Spring two decades ago and has raised his family here. He launched a successful law practice as well as a defense contracting business. He’s been recognized for his work as a civil rights advocate and has been a board member of the MCCJ, the Miami Coalition of Christians and Jews, since 2011. He’s co-chair of the eMgage Foundation, the first American Muslim lobbying organization.

Wahid has a smart and calm demeanor. His experience as a mediator and small business owner give him the skills to navigate the needs of residents and businesses alike.

Wahid wants to renovate parks, equip police with body cameras, update infrastructure and ramp up economic development. He’s keeping an eye on the next 15 and 20 years, not just the next budget cycle. We like his ambitious agenda.

Wahid has been criticized by some for representing clients in high-profile terrorism cases, but the job of a criminal defense attorney is to represent people charged with crimes. The Sixth Amendment of the U.S. Constitution guarantees defendants the right to representation, even people none of us like. That Wahid is a strong criminal defense attorney should give voters confidence that he will be a competent and effective commissioner.

We recommend Wahid as the best choice for voters who want to continue a smooth transition.

Do You #BuyMuslim Yet? Join The Campaign! [VIDEOS]