It was narrated that Ibn ‘Umar (may Allah be pleased with him) said, “The Messenger of Allah (peace be upon him) said: ‘Whoever reads Surah Al-Kahf on the day of Jumu’ah (Friday), a light will shine for him from beneath his feet to the heaven, which will shine for him on the Day of Resurrection, and he will be forgiven (his sins) between the two Fridays.’”(Al-Hakim and Al-Bayhaqi)

Every Friday we make an effort to recite Surah Kahf. Yet, sadly, the majority of us are unaware of what we are reciting. Surah Al-Kahf contains one hundred and ten verses, with four main narratives. This surah is amazing as it brings together many lessons contained in narrations of nations past. It traverses the story of youths in the cave, the story of the two men and the garden, the story of Prophet Musa and the man of knowledge, Al-Khidr. Last but not least, the surah tells us the story of Dhul-Qarnain. Patience, gratitude, knowledge, and much more can all be learned from this surah.

The first narrative is that of the young men or the People of the Cave. These youth were tested by Allah in regards to their faith and belief in Allah and belief in Resurrection. They were given the choice to abandon their belief in Allah to save their lives or face persecution and death. Ultimately they chose their belief in Allah, for it is priceless, no pleasure can buy it, nor can money. This connects to the trial of the Dajjal or Anti-Christ who will appear as the major signs of the Day of Judgment occur. The first and biggest test he will come with is the trial of iman; faith and belief in Allah. He will appear with many powers, and will even have a paradise and hellfire. Many will be deceived by him and will fall into disbelief; may Allah protect us from disbelief and the trial of the Dajjal.

The second story is that of the two men and the two gardens. One man, possessed wealth and a garden which yielded a large harvest, yet he disbelieved in Allah and in accountability on the Last Day, and he refused to give in charity. The second man was poorer, with less harvest, yet he knew his provision was secured with his Lord, and he believed in Allah. This is a trial of wealth.

Many of us experience this trial today. How many today are granted wealth, yet deny the One who bestowed this favor upon them? It is a reminder to us that Allah blesses whomsoever He wills, and we should be grateful for the bounties we have. Success in the Dunya, and in one’s wealth does not mean success on the Day of Judgment. This again refers back to the Dajjal. For the Dajjal will induce many with wealth, to the point that he will call out to the wealth of a valley and it will come out following him. Those who follow the Dajjal will be in abundance of wealth, and he will afflict those who shun him with severe poverty. Thus the believer should have his wealth in his hand, so that it is easy to release, not in his heart the believer does not become overly attached and obsessed with wealth. The believer’s faith and trust in Allah are rooted in his heart so that it remains unaffected by the trial of wealth.

The third narrative is perhaps too many the most intriguing; it is the story of Prophet Musa and Al Khidr. Musa, was a great prophet of Allah and was endowed with knowledge, yet Allah instructed him to seek out Al-Khidr, who also possessed a different type of knowledge. Knowledge should humble a person and not make them arrogant. Today, Muslims have neglected the Qur’an and the tradition of Prophet Muhammad (peace be upon him). Many people find it a burden, thinking that it is outdated and the knowledge it contains is ancient, and this is the trial of knowledge; will we truly hold on to the guidance of Allah? When the Dajjal appears he will distort what is left of the knowledge, and only the true believers will cling to the knowledge of this religion.

The fourth and final story in Surah Al-Kahf is that of Dhul-Qarnayn; a powerful king who ruled with justice. He is the very king that sealed off Gog and Magog, whose release is also a major portent of the final hour. The story of Dhul-Qarnayn, though not in detail, exemplifies one who is granted power and authority and uses this in the service of Allah. A minor sign of the hour is tyrannical and foolish leaders, who are astray and lead the people astray. Leadership is a responsibility, a duty, and trust from Allah. There are a lot of responsibilities attached to being a ruler. This trial relates to the Dajjal for the Dajjal will give authority to those who favor him, and will deprive the true believers.

That is why reading this Surah protects the believer from being fooled and tricked by the Dajjal, and it shields us from his deception and power.

Moreover, it is the only Surah that is explicitly linked to the Dajjal, as mentioned in various sayings of Prophet Muhammad (peace be upon him). This is of vital importance, for we are living in the end of times; the hour is near. A prelude to the hour is the arrival of the Dajjal. This surah should play a major role for us in our preparative preventative measures, against the Anti-Christ. The Dajjal is one the greatest trials to come, and throughout Surah Al-Kahf we see a recurring theme of trials and tribulations linking it back to the coming of the Dajjal.

So, the next time you read Surah Al-Kahf, try to remember these points, reflect upon the tales of truth contained in it. Reflect on the morals of the stories, and make a sincere intention to implement it in your life. 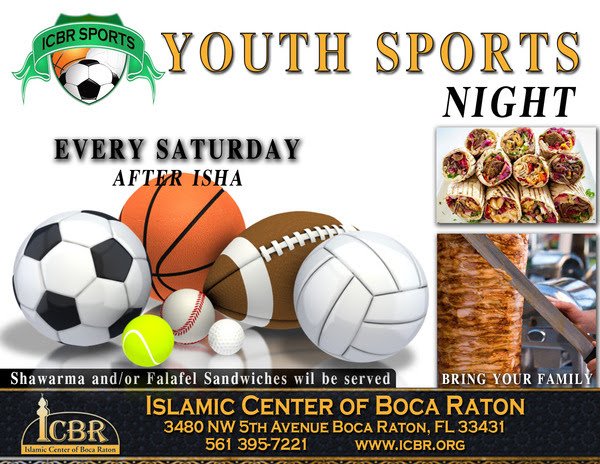