The withdrawal of our troops was the right thing to do, as Afghans must decide their own future.

Mullah Abdul Ghani Baradar, the Taliban negotiator who was released by Pakistan at President Trump’s request, said in his first statement that the real test will begin now: meeting the expectations of the people and serving them by solving their problems.

This is the key point that we hope and pray all parties, first and foremost the Taliban, take to heart and prove with actions. 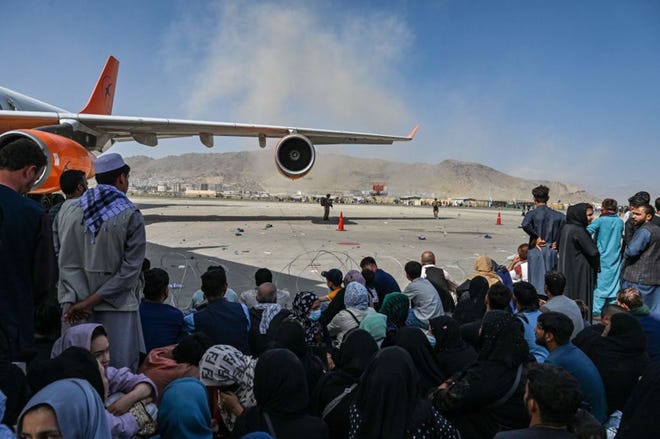 The Quran enjoins believers to “stand out firmly against injustice, even as against yourselves” (4:135), and “let not the hatred of others to you make you swerve to wrong and depart from being just” (5:8)

These are principles that, centuries prior, created a society where rich and poor, friend and foe, man and woman, Muslim and non-muslim, ruler and ruled, were treated justly and fairly. When the Prophet Mohammed returned to Mecca victorious after years of oppression and persecution by the Meccans, he said to them: “On this day, there is no blame on you. Go. You are free.” Among the individuals who he explicitly forgave was Hind, a woman who hired an assassin to kill the Prophet’s Uncle. Prophet Mohammed forgave her and let her go free with no revenge or punishment. This is how the Taliban can, and must start the process and maintain throughout. Serve the people, solve their problems and do not oppress them.

A saying of the Prophet goes: “Seeking knowledge is an obligation on each Muslim man and woman.” Women must be treated equally. There must not be any ban on girls’ education. Late last year, the Taliban signed an agreement with UNICEF to run community-based classes reaching 120,000 students in areas under Taliban control. This agreement included girls’ primary education. Let us hope this effort expands.

Lastly, American responsibility, along with the international community, must include all those at risk and left displaced in Afghanistan by the recent conflict. Relief must be provided to Afghans displaced, and the Afghans at risk who wish to leave the country should be able.

The Muslims of South Florida pray for a prosperous and peaceful future for Afghanistan. We pray and hope for safety, security and liberty for all Afghans, regardless of their religion. We pray for a constructive, peaceful relationship between America and Afghanistan.