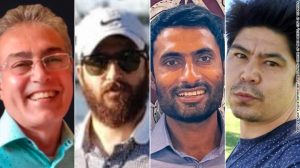 The South Florida Muslim Federation strongly condemns the recent killings of Muslims in New Mexico. Our hearts go out to the victims’ families and the entire New Mexico community. They were traumatized by having to bury 2 of their members last Friday, only then to turn around and bury two more, some of whom attended the earlier funerals.

We reiterate our commitment to stand in unity as one community against all violence, irrespective if it is perpetrated from within or outside.

The South Florida Muslim Federation will continue to work collectively as one body to ensure that our Muslim Community thrives along with the greater community of South Florida.