EMGAGE and South Florida Muslim Federation have been tirelessly making efforts to promote Muslim Voters’ Day, calling for support from Muslim community in the tri-county area. The community’s response has been extremely encouraging with a total of fifteen mosques and Islamic centers participating in this endeavor.

It was the first time ever that an initiative was taken at such a large scale to encourage and facilitate community members at the same time. Caravans of congregants starting from each of the participating mosque left for the nearest early voting site to cast vote together. Free promotional items like t-shirts, masks etc were given out to participants and some centers also served refreshments.

The idea of this exercise was to emphasize the importance of voting in general and the significance of Muslim community’s civic participation in particular.

Here are some of the pictures and videos from different mosques shared by our community members who joined hands with us to make this day a success. Go SoFlo Muslims! 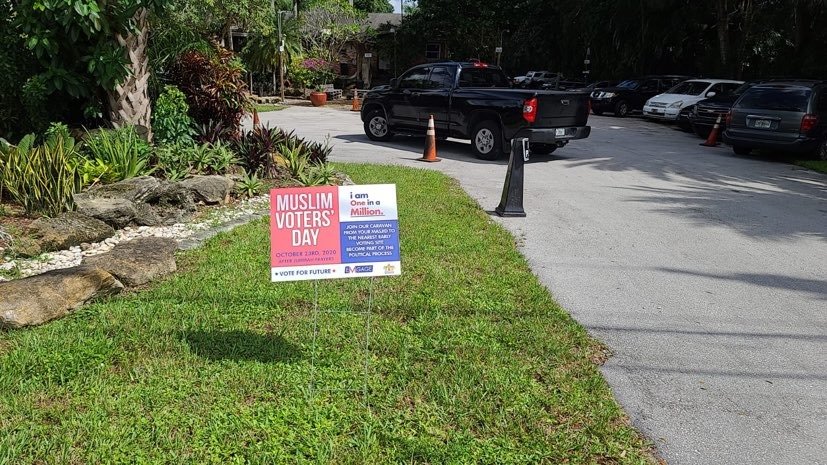 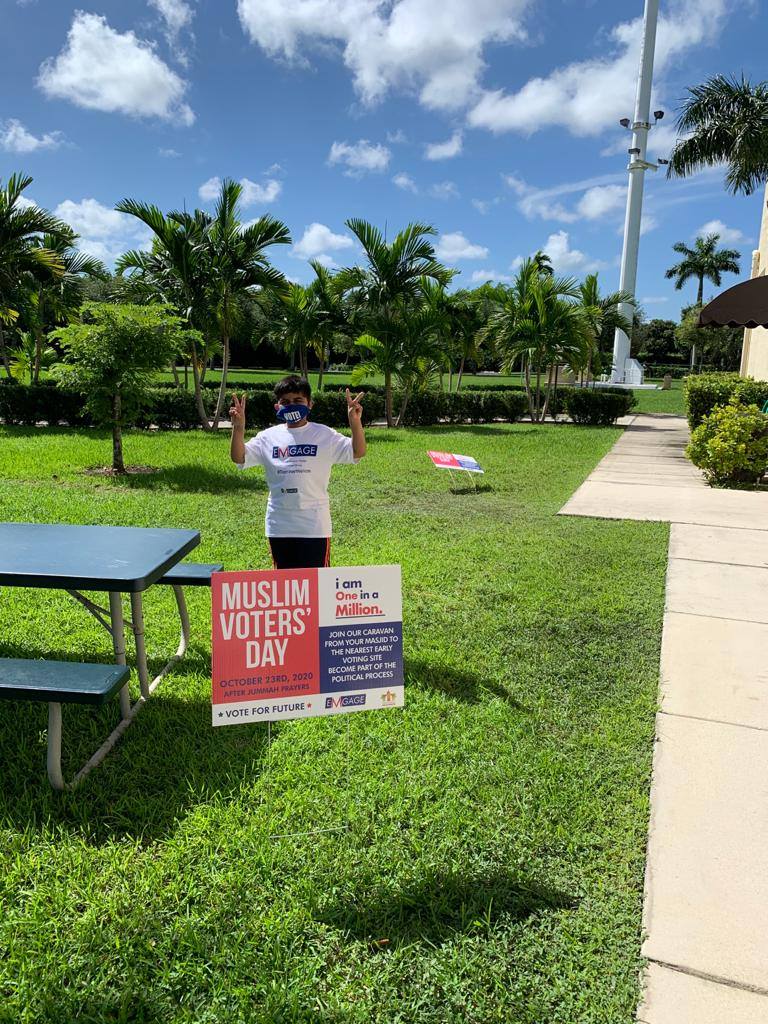 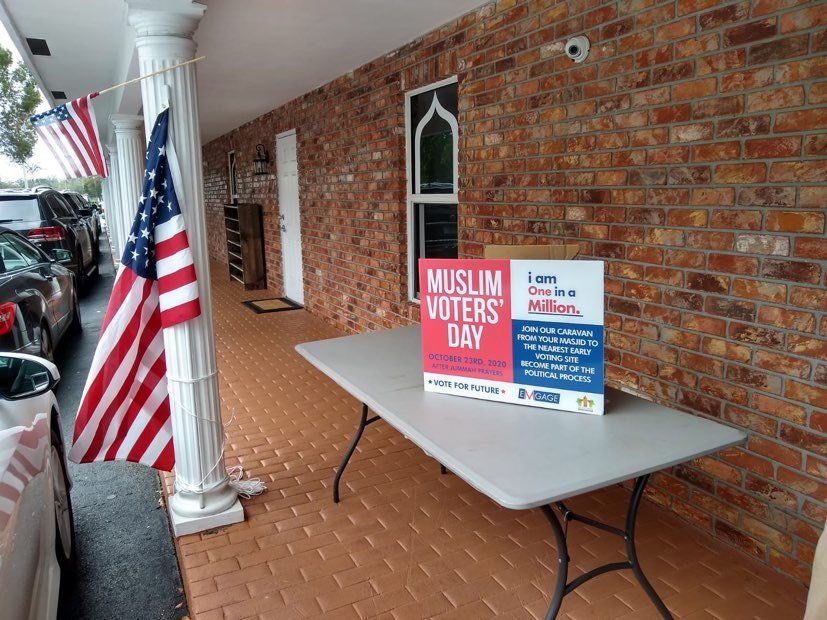 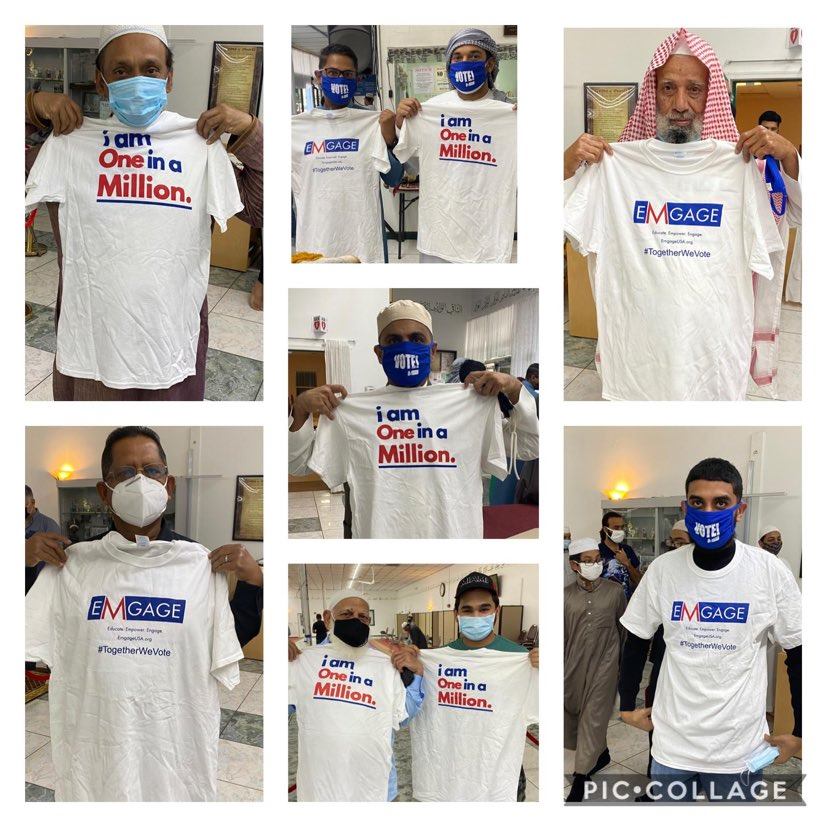 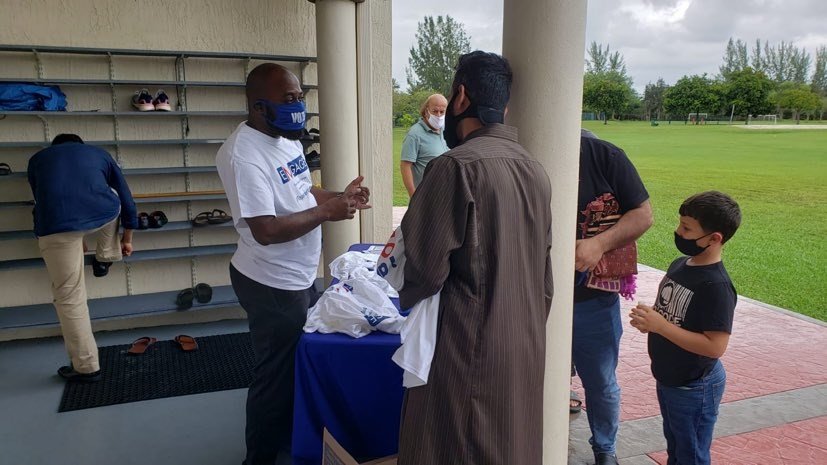 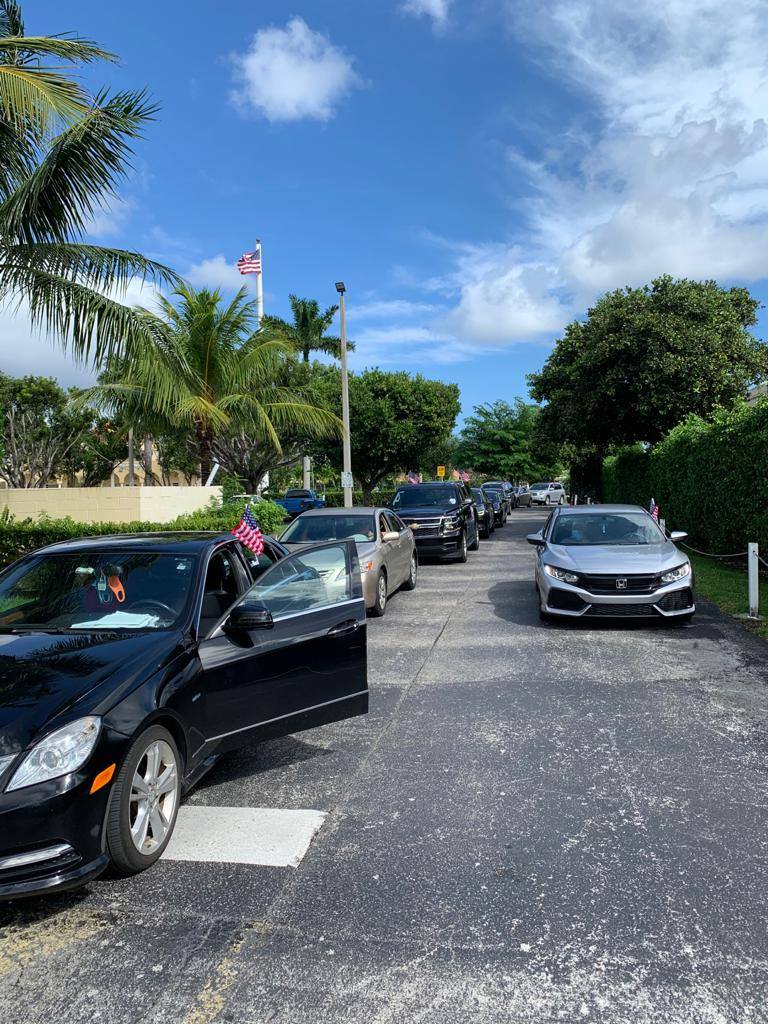 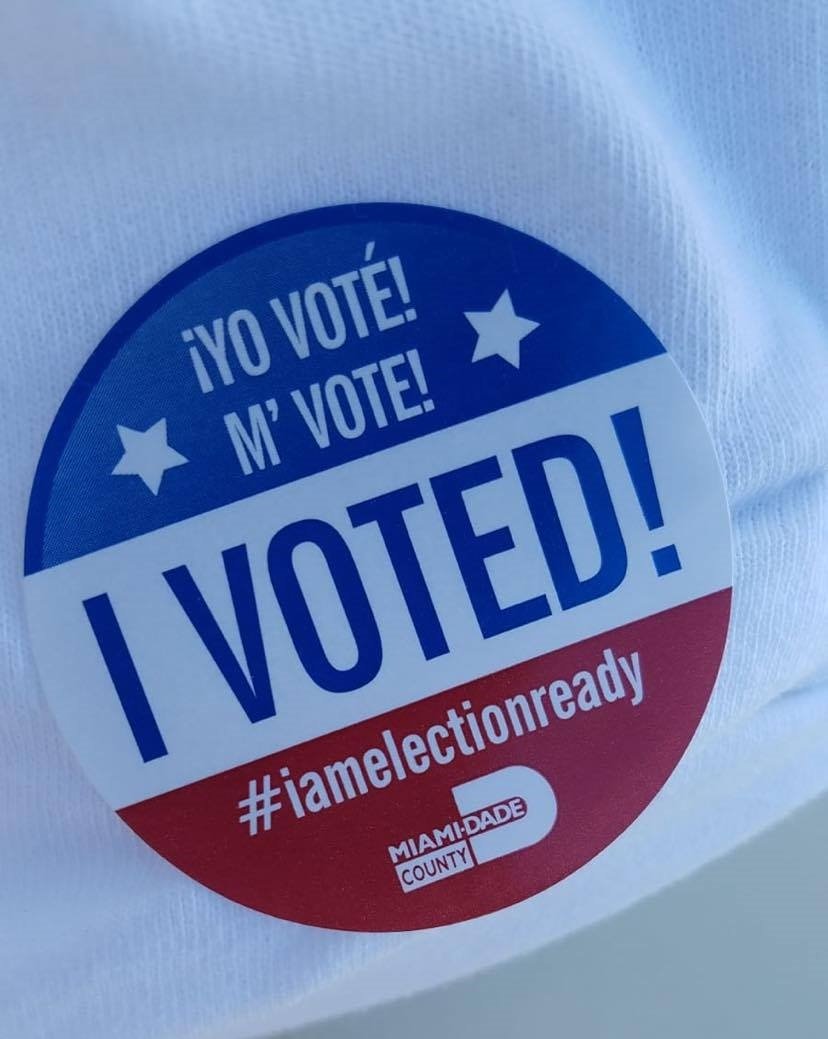 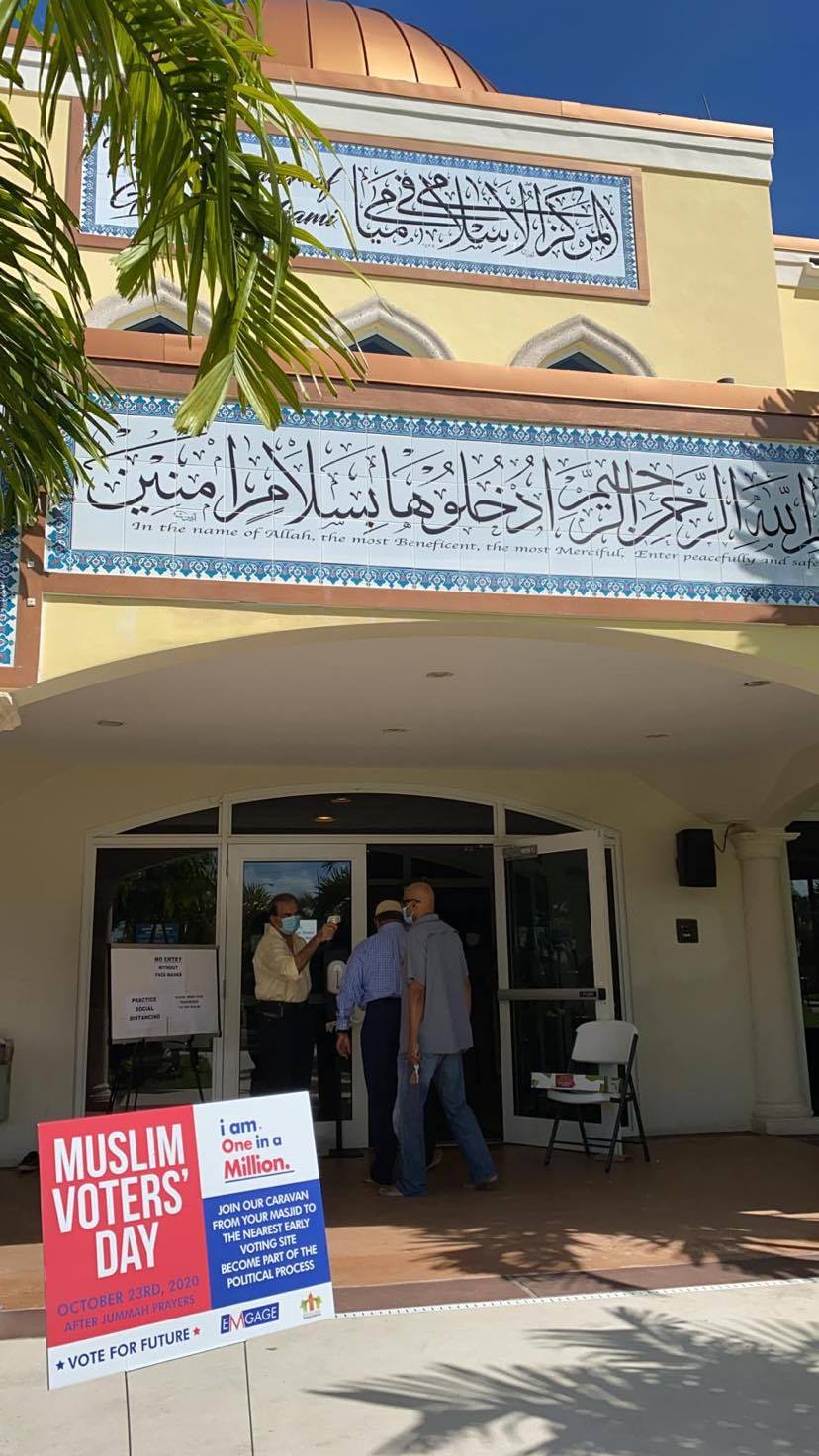 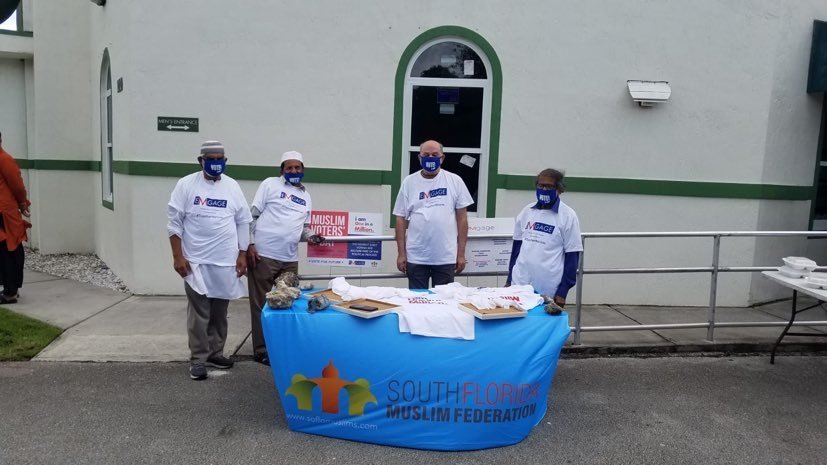 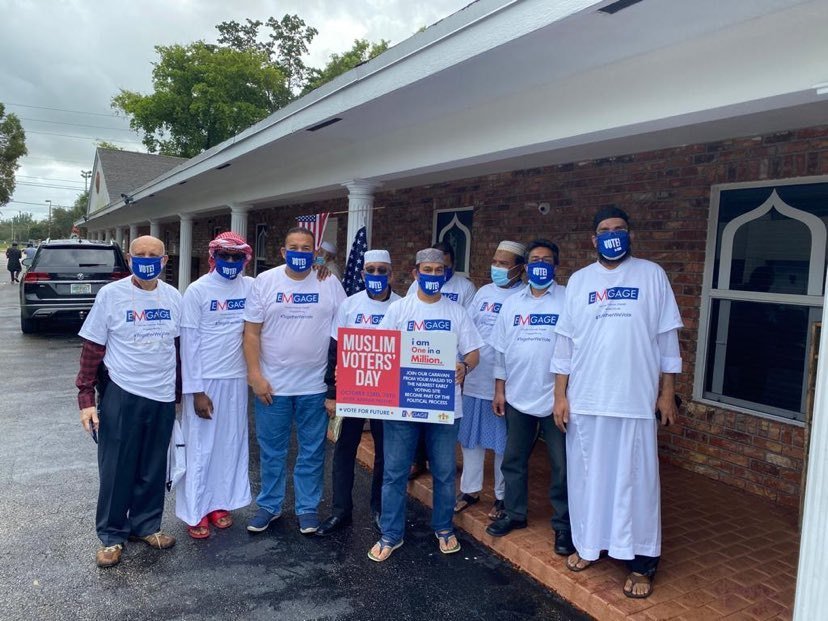 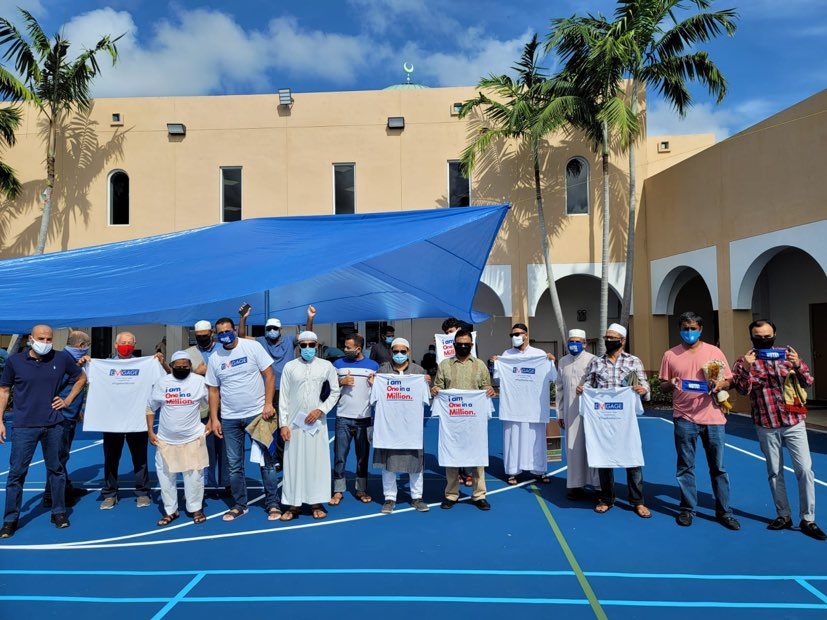 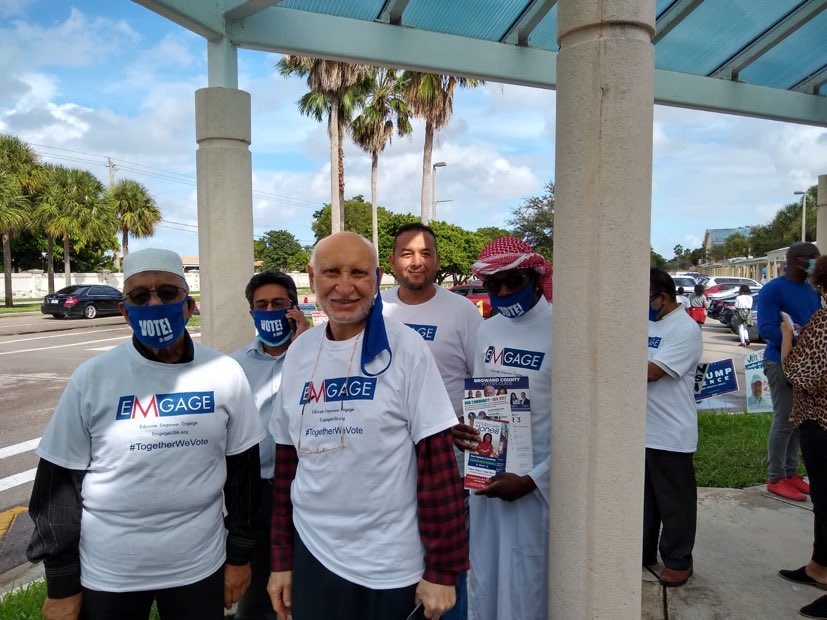 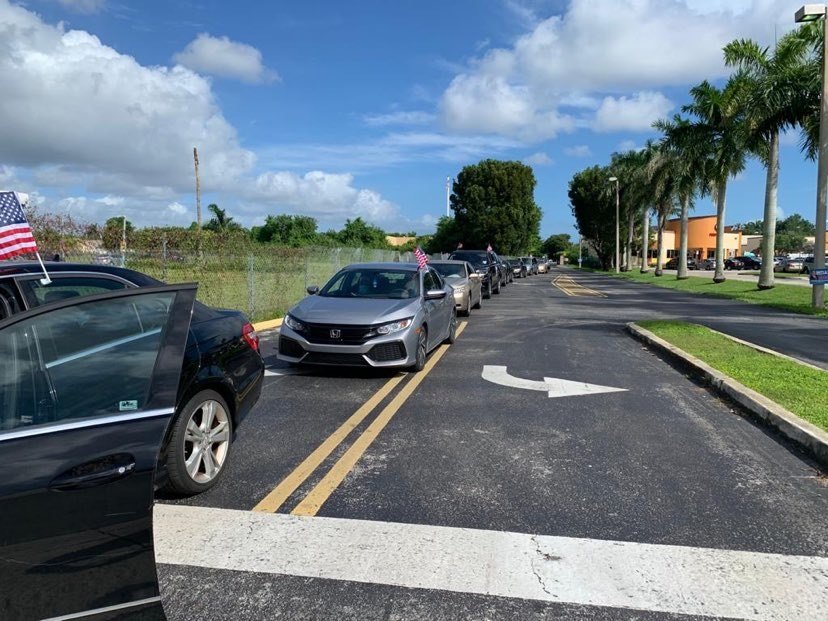 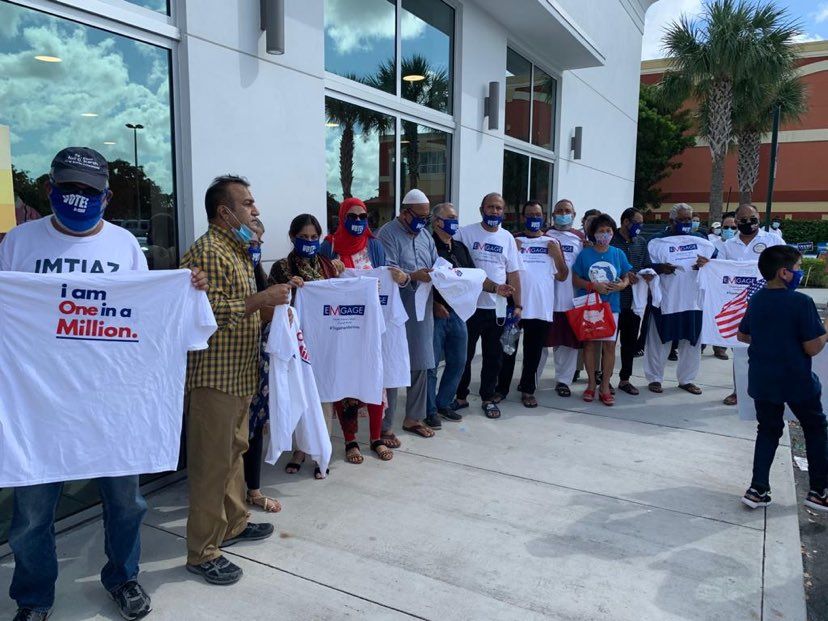 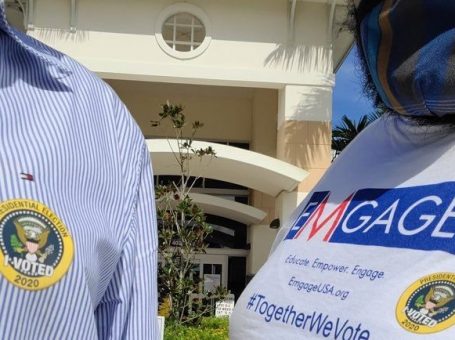