This is Mount Hira (Jabal Hira), which lies about two miles from the Ka’bah. Near the top is a small cave, a little less than 4 meters in length and a little more than one and a half meters in width. It was here that the Prophet Muhammad (ﷺ) received the first revelations of the Holy Quran during the month of Ramadhan in 610 CE. The mountain is also known as Jabal Noor (the Mountain of Light). 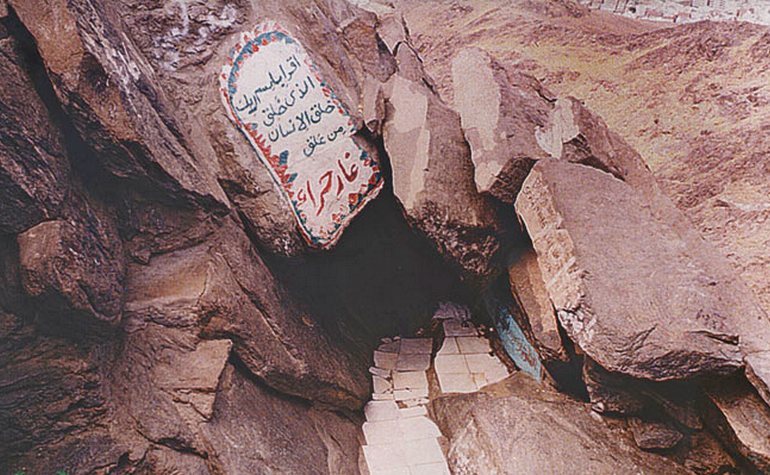 The entrance to the cave of Hira – Photo: Muftisays.com 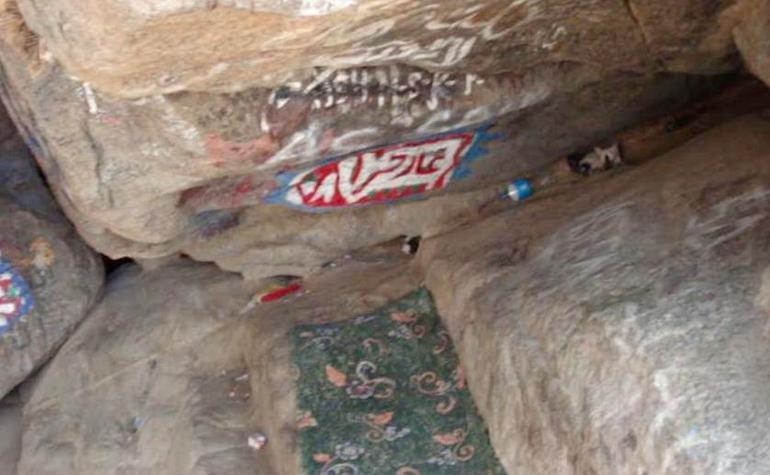 Interior of the Cave of Hira – Photo: ha-mim.net 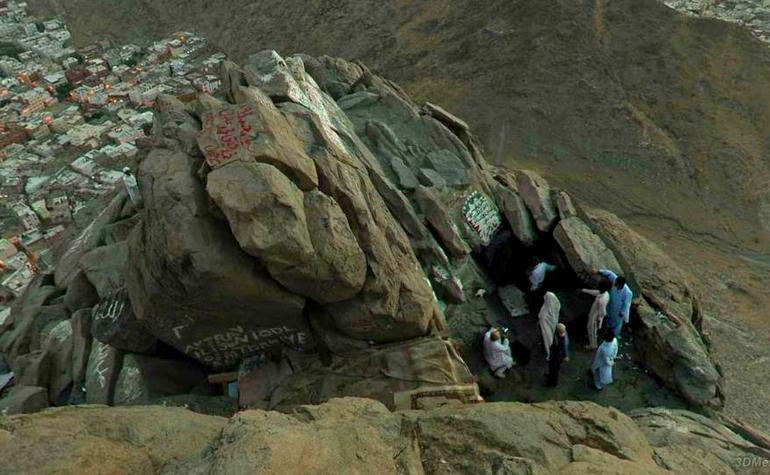 The cave of Hira from above – Photo: 3DMekanlar.com