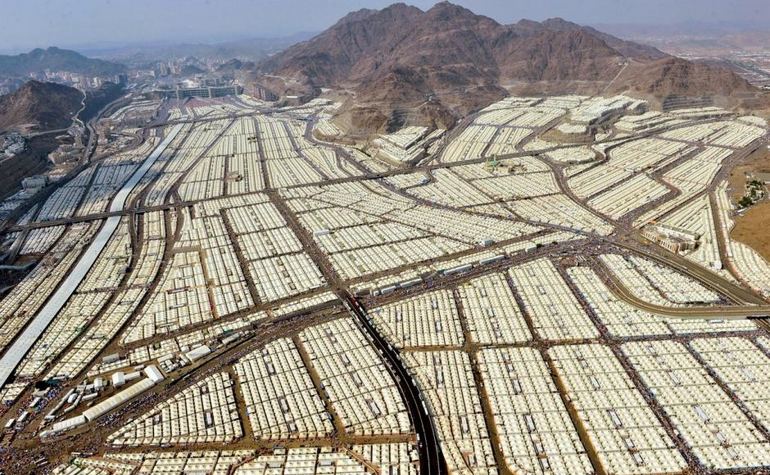 Mina, seven kilometres east of the Masjid al-Haram is where Hajj pilgrims sleep overnight on the 8th, 11th, 12th (and some even on the 13th) of Dhul Hijjah. It contains the Jamarat, the three stone pillars which are pelted by pilgrims as part of the rituals of Hajj. 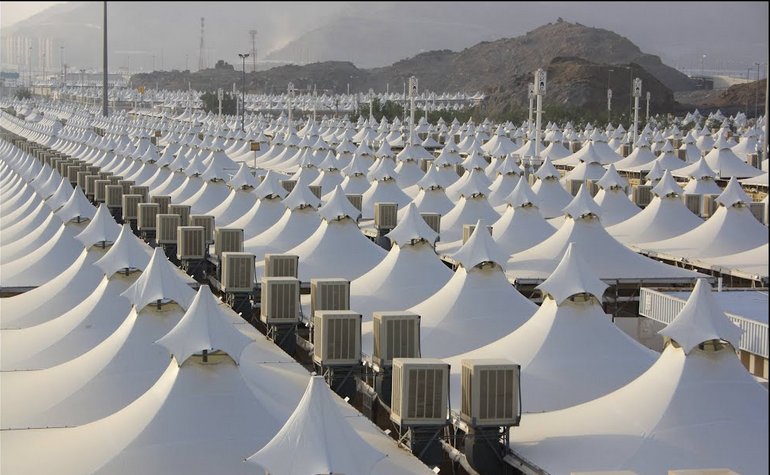 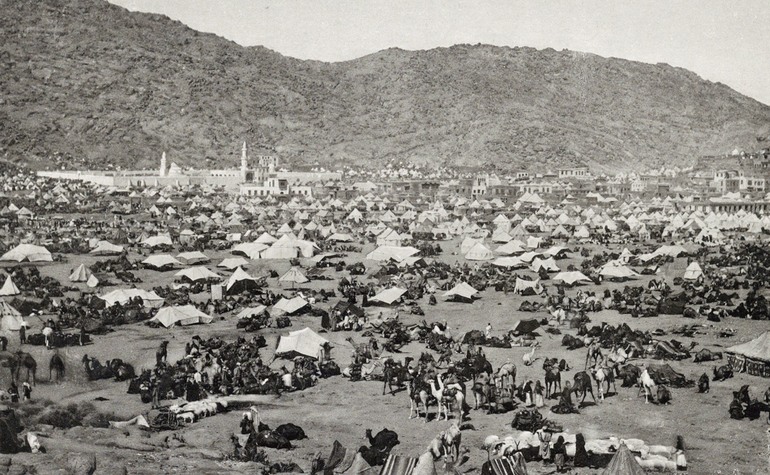 Historic photo of Mina in 1889

On the Hajj journey? Download our free ziyarah guides to Makkah and Madinah