How can you help Imam Jamil Al-Amin

How can you help Imam Jamil Al-Amin

Formerly known as H Rap Brown, Imam Jamil Al-Amin has been languishing in jail for 21 years for a crime he did not commit. He has been wrongfully accused of a murder committed by a man name James Santos aka Otis Jackson, who has confessed to it as well. The details of his confession are proof enough to acquit Imam Jamil, yet the criminal justice system refuses to acknowledge let alone admit the confession.

Below is the video of court proceedings during which Jackson confessed to committing the murder. The video was played during a special Action Plan meeting in which SFL Muslim Federation Outreach Committee chair, Maha Elkolalli, explained Imam Jamil’s case and demonstrated different actions that could be taken to free him. 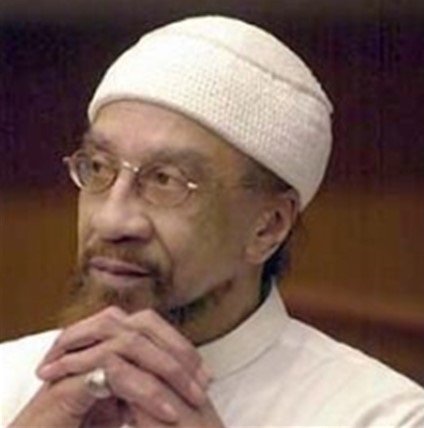 The 77 year old Black Revolutionary and Human Rights Activist is now completely blind due to denial of cataract surgery for 3 years. Imam Jamil The movement for his release of Imam Jamil has been tirelessly working to bring his plight to knowledge of authorities and people alike.

On August 15th, a press conference and protest is going to be held outside the prison in Tucson, Arizona where Imam Jamil is being held. It will highlight is failing health, medical neglect, request his transfer to Atlanta, Georgia an call for his exoneration.

There are several other ways that can followed to facilitate the movement and help in the release of Imam Jamil.

WHAT CAN YOU DO FOR IMAM JAMIL’S RELEASE:

BOOKS:
Revolution By the Book: The Rap is Live by Imam Jamil Al-Amin
The Imprisonment of Imam Jamil Abdullah Al-Amin by Mauri Saalakhan