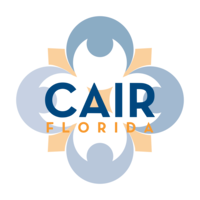 CAIR's vision is to be a leading advocate for justice and mutual understanding.

Since its establishment in 1994, CAIR has worked to promote a positive image of Islam¬†and¬†Muslims in America. Through media relations, government relations,¬†education¬†and¬†advocacy, CAIR puts forth an Islamic perspective to ensure the Muslim voice is represented. In offering this perspective, CAIR seeks to empower the American Muslim community and encourage their participation in political and social activism.

CAIR's civil rights department counsels, mediates and advocates on behalf of Muslims and others who have experienced religious discrimination, defamation or hate crimes. The department works to protect and defend the constitutional rights of American Muslims, thereby supporting the rights of all Americans.

CAIR's government affairs department conducts and organizes lobbying efforts on issues related to Islam and Muslims. The department monitors legislation and government activities and responds on behalf of the American Muslim community. CAIR representatives have testified before Congress and have sponsored a number of activities designed to bring Muslim concerns to Capitol Hill.

CAIR's communications department works with local and national media to ensure an accurate portrayal of Islam and Muslims is presented to the American public. CAIR monitors local, national and international media, in part to challenge negative stereotypes, but also to applaud and encourage positive representations of Islam and Muslims. Over the years, CAIR has become a respected and credible source for journalists and other media professionals.

In an effort to empower the American Muslim community, CAIR issues action alerts as a means of generating a grassroots response to critical political, social and media-related issues. These alerts have produced overwhelming results and have made a significant impact in bringing about change. CAIR also offers an email list designed to be a source of information and news for the American Muslim community. Subscribers to the CAIR e-mail lists receive news releases and other materials dealing with American Muslim positions on issues of importance.

CAIR's research team conducts empirical research studies on subjects relevant to the American Muslim community, including gathering and analyzing data for the annual civil rights report. The North American Muslim Resource Guide: Muslim Community Life in the United States and Canada (Routledge) is a product of the research department.

CAIR offers internships to students or other interested individuals who wish to gain experience in media relations, political activism or civil rights work.

CAIR offers a variety of publications that address the needs and rights of American Muslims. These publications include guides for employers, educators, healthcare providers, correctional facilities, and law enforcement officials. CAIR also produces practical handbooks and resource materials for the Muslim community.

CAIR organizes regular conferences and training seminars for government and law enforcement agencies, media professionals and the academic community. These events are designed to present easily accessible and accurate information about Islam and Muslims. CAIR provides diversity training workshops to employers, educators, and organizations as a proactive approach that highlights relevant Islamic practices and offers suggestions for religious accommodation. CAIR also provides training for the Muslim community and activists in areas such as media relations, public speaking, lobbying, and civil rights.

In order to increase Muslim participation in the political arena, CAIR and its chapters regularly sponsor voter registration drives across the country. To register to vote, visit our website.

Each year, groups representing people of all faiths visit CAIR offices to learn more about Islam and Muslims in America. Through these visits, as well as other interfaith initiatives, CAIR strives to educate others about Islam while building strong relationships with other faith communities.

Login to Write Your Review

There are no reviews yet.