A national anthem protest ruined his NBA career. Now Abdul-Rauf is being honored by LSU.

In 1996, the Denver Nuggets star called the American flag “a symbol of oppression, of tyranny” and refused to stand for the anthem. 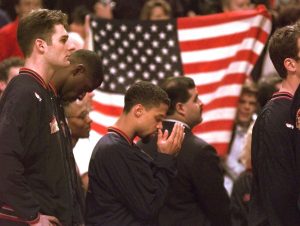 In March 1996, when Colin Kaepernick was still in elementary school, Mahmoud Abdul-Rauf did something before a basketball game that would change his life. Up until that moment, he was on his way to a long and successful career.

Then Abdul-Rauf refused to stand for the national anthem. He had been doing so for the entire season, for months, but it wasn’t until mid-March when reporters noticed.

On Monday, Louisiana State University announced it would retire jersey No. 35 in honor of Abdul-Rauf, who played there for two seasons in the late 1980s before going pro.

The announcement was met with applause by LSU basketball legends. Shaquille O’Neal called him “a truly phenomenal and extremely talented athlete;” his former coach said he was “one of the nicest young men” with whom he had ever worked; and current LSU basketball Coach Will Wade said they “look forward to having him back to celebrate this milestone.”

It was quite a change from 1996, when he became a basketball persona non grata.

Abdul-Rauf was born Chris Jackson and raised in a strict Baptist household in Gulfport, Miss. Diagnosed with Tourette’s syndrome in high school, he told The Washington Post in 1994 that he used to pray to God to relieve him of his tics and twitches.

Even with the condition, he was a basketball phenom. To this day, he is the only college basketball freshman to average 30 points per game, according to LSU.

In 1990, he was the third overall NBA draft pick, joining the Denver Nuggets. He converted to Islam and changed his name the next year.

By the 1995-96 season, he had hit a good groove. He was the team’s scoring leader and tallied 51 points in a single game against the Utah Jazz. He had also begun to sit out the national anthem for what he would later say were religious and political reasons. He would either stretch on the sidelines or wait in the locker room until the anthem was over.

In early March, local radio talk shows started debating Abdul-Rauf’s behavior, according to the New York Times. Those same shows had been talking a lot about patriotism lately, The Post reported, in large part because the federal trial against Oklahoma City bomber Timothy McVeigh had been moved to Denver. The anthem controversy quickly ballooned into a national story.

On March 12, Abdul-Rauf told the media he couldn’t stand for the anthem because the Koran forbid him to participate in nationalistic rituals, and that the American flag was “a symbol of oppression, of tyranny.”

“This country has a long history of that. I don’t think you can argue the facts. You can’t be for God and for oppression,” he told them.

The response from the NBA was swift. That same day, citing a rule that players “line up in a dignified posture” for the anthem, the league suspended him without pay until he agreed to stand.

In 2016, when NFL quarterback Kaepernick began kneeling during the national anthem to protest racial injustice, scores of players and prominent activists supported him, either in tweets and statements, or by joining him in kneeling. 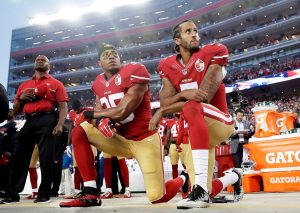 This was not the case for Abdul-Rauf. He had the support of the players’ union and his teammate LaPhonso Ellis, and that was about it.

Houston Rockets star Hakeem Olajuwon, himself a Muslim, told reporters he didn’t agree with Abdul-Rauf’s stance, saying that “in general the Muslim teaching is to obey and respect. To be a good Muslim is to be a good citizen.”

Jayson Williams of the New Jersey Nets said, “I’m no politician, but the man has to remember he’s made a lot of money in this country.”

The Chicago Bulls’ Michael Jordan tried to strike a middle ground, saying he should be allowed to remain in the locker room, “but being out there on the court while everyone else is standing, that is being disrespectful.”

And when Abdul-Rauf missed a game the next day because of the suspension, one of his teammates dismissed it as a “distraction.”

Outside the NBA, the reaction was even harsher. An American Legion leader in Colorado told The Post that what Abdul-Rauf was doing was “tantamount to treason” and that he should renounce his U.S. citizenship.

Two radio DJs burst into a mosque in suburban Denver wearing turbans and playing the national anthem on a trumpet and bugle. (They were suspended and charged with disorderly conduct.)

In 2016, Abdul-Rauf told the Undefeated that he had also received death threats at the time.

In the end, Abdul-Rauf missed only one game. After talking with prominent Muslims, including Kareem Abdul-Jabbar, he told ESPN he’ had struck a compromise with the NBA: He would stand with his head down during the anthem and pray “for those who are suffering.”

When he returned to the court March 15 in Chicago against the Bulls, spectators held a large flag a few feet from him while he held his hands open in prayer. When he was called into the game in the first quarter, he was loudly booed. And as he walked off the court after losing to the Bulls, “a young man yelled a racial obscenity at him,” The Post reported.

His teammate Dikembe Mutombo told reporters that “we welcome him back with open hands,” adding, “but all the people were saying he was a dead man walking as far as playing in the NBA again.”

That turned out to be prescient. At the end of the season, the Nuggets traded him — their highest-scoring player — to the Sacramento Kings. There, coaches put him on the court less and less. It was a process to weed him out, he told the Undefeated. When his contract ended in 1998, no NBA team would take him.

“It’s kind of like a setup,” he told the Undefeated. “You know, trying to set you up to fail and so when they get rid of you, they can blame it on that as opposed to, it was really because he took these positions.”

Abdul-Rauf left the United States to play for a league in Turkey. He got one more crack at the NBA playing for the Vancouver Grizzlies in 2000-01, but still didn’t get much playing time. After that, he played in leagues all over the world, including Italy, Greece and Saudi Arabia.

He was still experiencing consequences years later. In 2001, when he had a 6,600-square-foot home built near Gulfport, he said the letters “KKK” were spray-painted at the construction site, and the contractor received death threats. Afraid to move in, Abdul-Rauf had put the unoccupied house on sale when it burned to the ground. Investigators determined it was arson, and the FBI investigated, according to the Clarion-Ledger, but no one was ever charged.

But Abdul-Rauf is a man with no regrets. In 2017, he told The Post’s Rick Maese, “As far as I’m concerned, I was supposed to go through that, and as long as I could gain not just experience but grow from it, I’m not going to regret that.”

Abdul-Rauf did not respond to a request for comment Monday about the honor he’ll receive at LSU. On Saturday, he was on the basketball court, playing in the Big3 league in Los Angeles. Now 50 and sporting a gray beard, he still prays with head down during the national anthem. 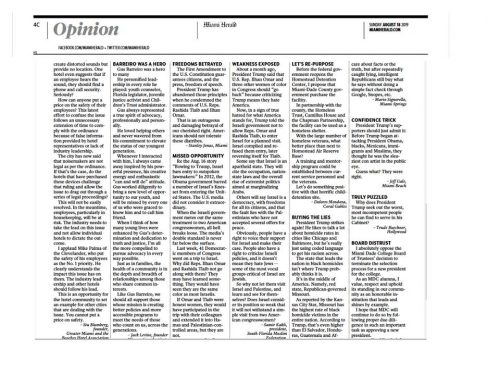