There have been so many stories from that fateful day—the gut-wrenching painful stories and the restorative hopeful stories. Each one is a tiny thread of the fabric humanity created on 9/11. My husband has his story, that up until now has only been shared in our little family. I would like to share it with you.

Today, Dr. Osman is a cardiologist here in South Florida. On 9/11, he was completing his fellowship at St. Vincent’s Hospital near the World Trade Center. On his way to work, the trains shut down one station away from the tragic events and everyone was ushered above ground. He heard someone say there was a fire in the WTC. All the roads were blocked off by the police.

He could have gone home that day with a solid excuse. He didn’t. Mohamed pleaded with the police that he was a physician who needed to get to work. After calling the hospital to confirm his identity, they escorted him past the blockades with a group of journalists into the white fog and ash. The police let them out a few blocks away. He couldn’t see in front of him, but slowly gained his bearings and found his way to the hospital. 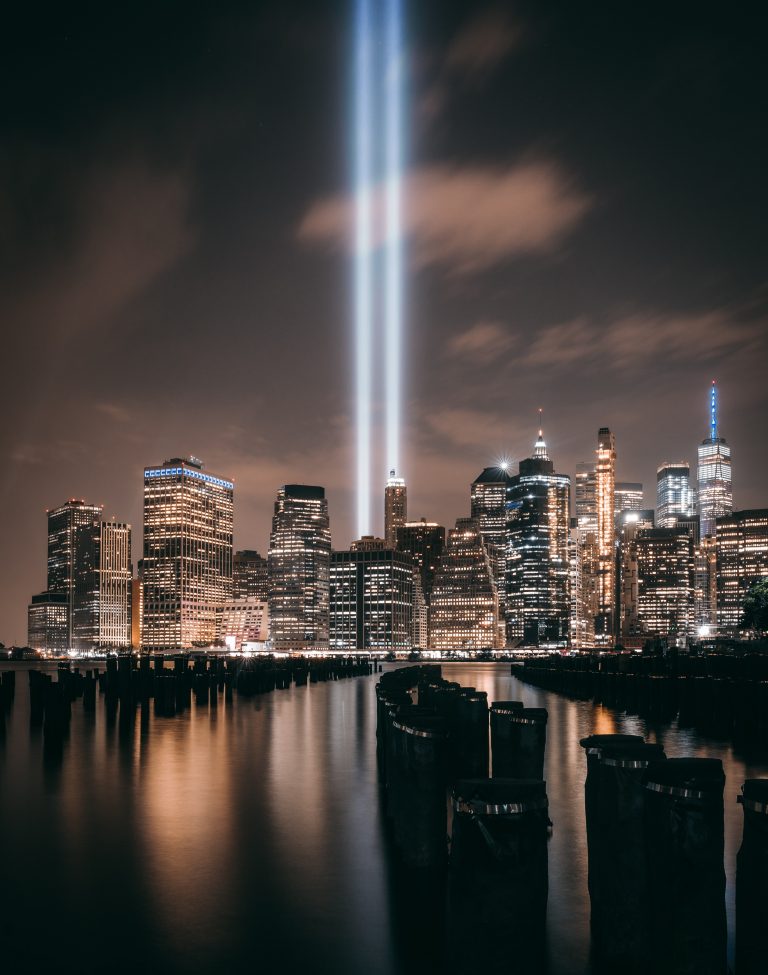 When he arrived, Mohamed cleaned up, put on his scrubs, and rushed to the ICU. He found his colleagues relieved to see him and learned the full scale of what had happened. With the news reports about the suspects names and the phone call from the police, his colleagues were worried that Mohamed was wrongfully detained. It was all so confusing at the time.

His first patient was a police officer who was in cardiac arrest. As Mohamed led his team, pushing tubes and working so hard to save his life, he had tears streaming down his face. Until this day, he doesn’t have words to fully describe the way he felt in that moment. The officer did not make it. After the initial rush of patients, there was a lull and Mohamed remembers going to his room and sitting in the darkness and silence trying to process it all. He spent 3 days straight in that ICU, not wanting to leave in case more victims made it to the hospital.

To be a doctor on any day is hard. To be a doctor on that day was brutal. But imagine being the doctor named Mohamed caring for the victims of another Mohamed’s horrific act. One healing the destruction of another. Is that not the truth of all humanity though?

I didn’t know my husband that day. Actually, we met about a month later. He was coming to see me one weekend and after boarding, he was asked to get off the plane for an additional search. The passenger that was scared didn’t know Mohamed and the flight attendant that complied with this fear didn’t know him either.

The days and years that ensued were difficult for the world. We were all suffering and healing in different ways.

Mohamed and I got married the following year. We moved to Missouri. He was working and I was studying. We were hearing about the hate crimes against Muslim women and wrongful imprisonment of Mohameds. I didn’t sleep the nights he had to work. I was scared to walk to my car after late night classes. In class discussions, I was constantly asked to defend my entire religious community, 1.8 billion Muslims worldwide. That was an unbearable load to carry.

I eventually realized that no one carries the burden of another, which is in the Holy Quran (Chapter 35, verse 18). I can only speak to my beliefs, to my thread of the fabric. I can only do my part.

As for my dear husband, he is still a man dedicated to serving humanity. His toil is both seen and unseen—seen by the families who have another day with their loved ones, seen by his wife who spends nights worrying at home, seen by his kids who consider him a hero, yet unseen by much of the world that does not know Mohamed.

And yet, so many Muslims continue to name their sons Mohamed. It is a name that symbolizes service to humanity. It means praiseworthy, someone who is praiseworthy. To me, my husband lives up to his name.